The Australian Curriculum: Science aims to ensure that students develop:

· An interest in science as a means of expanding their curiosity and willingness to explore, ask questions about and speculate on the changing world in which they live

· An understanding of the vision that science provides of the nature of living things, of earth and its place in the cosmos, and of the physical and chemical processes that explain the behaviour of all material things

· An understanding of the nature of scientific inquiry and the ability to use a range of scientific inquiry methods, including questioning; planning and conducting experiments and investigations based on ethical principles; collecting and analysing data; evaluating results; and drawing critical, evidence-based conclusions

· An ability to communicate scientific understanding and findings to a range of audiences, to justify ideas on the basis of evidence, and to evaluate and debate scientific arguments and claims

· An ability to solve problems and make informed, evidence-based decisions about current and future applications of science while taking into account ethical and social implications of decisions

· A solid foundation of knowledge of the biological, chemical, physical, earth and space sciences, including being able to select and integrate the scientific knowledge and methods needed to explain and predict phenomena, to apply that understanding to new situations and events, and to appreciate the dynamic nature of science knowledge.

Biological sciences is concerned with understanding living things. The key concepts developed are that: a diverse range of living things have evolved on Earth over hundreds of millions of years; living things are interdependent and interact with each other and their environment; and the form and features of living things are related to the functions that their body systems perform.

Students investigate living things, including animals, plants and microorganisms, and their interdependence and interactions within ecosystems. They explore their life cycles, body systems, structural adaptations and behaviours, how these features aid survival, and how their characteristics are inherited from one generation to the next. Students are introduced to the cell as the basic unit of life and the processes that are central to its function.

Chemical sciences is concerned with understanding the composition and behaviour of substances. The key concepts developed are that: the chemical and physical properties of substances are determined by their structure at an atomic scale; substances change and new substances are produced by rearranging atoms through atomic interactions and energy transfer.

Students classify substances based on their properties, such as solids, liquids and gases, or their composition, such as elements, compounds and mixtures. They explore physical changes such as changes of state and dissolving, and investigate how chemical reactions result in the production of new substances. Students recognise that all substances consist of atoms which can combine to form molecules, and chemical reactions involve atoms being rearranged and recombined to form new substances. They explore the relationship between the way in which atoms are arranged and the properties of substances, and the effect of energy transfers on these arrangements.

Earth and space sciences is concerned with Earth’s dynamic structure and its place in the cosmos. The key concepts developed are that: Earth is part of a solar system that is part of a larger universe; Earth is subject to change within and on its surface, over a range of timescales as a result of natural processes and human use of resources.

Students view Earth as part of a solar system, which is part of a galaxy, which is one of many in the universe, and explore the immense scales associated with space. They explore how changes on Earth, such as day and night and the seasons, relate to Earth’s rotation and its orbit around the sun. Students investigate the processes that result in change to Earth’s surface, recognising that Earth has evolved over 4.5 billion years and that the effect of some of these processes is only evident when viewed over extremely long timescales. They explore the ways in which humans use resources from Earth and appreciate the influence of human activity on the surface of Earth and its atmosphere.

Physical science is concerned with understanding the nature of forces and motion, and matter and energy. The two key concepts developed are that: forces affect the behaviour of objects; energy can be transferred and transformed from one form to another.

Students gain an understanding of how an object’s motion (direction, speed and acceleration) is influenced by a range of contact and non-contact forces such as friction, magnetism, gravity and electrostatic forces. They develop an understanding of the concept of energy and how energy transfer is associated with phenomena involving motion, heat, sound, light and electricity. They appreciate that concepts of force, motion, matter and energy apply to systems ranging in scale from atoms to the universe itself. 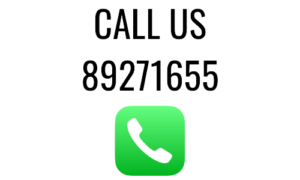